Using Passive Infra-red (PIR) detectors in the presence of animals is always a compromise!

Visonic produce two general purpose wireless PIRs for use with the Powermax Wireless alarm system.  one is labelled NEXT MCW and the other is labelled NEXT K9-85.  The latter is promoted as being suitable for use where animals up to 85 lbs in weight are present.


In the hard-wired alarm world there are a lot of pet-friendly PIRs on the market.  Some are unsophisticated and use simple optical cut-offs whereas others use complex algorithms to attempt to reliably distinguish between animals and human intruders.

Unfortunately the Visonic K9-85 falls into the former simple cut-off type.  The internals of both the wireless Visonic offerings are identical, it is only the front lens that changes. 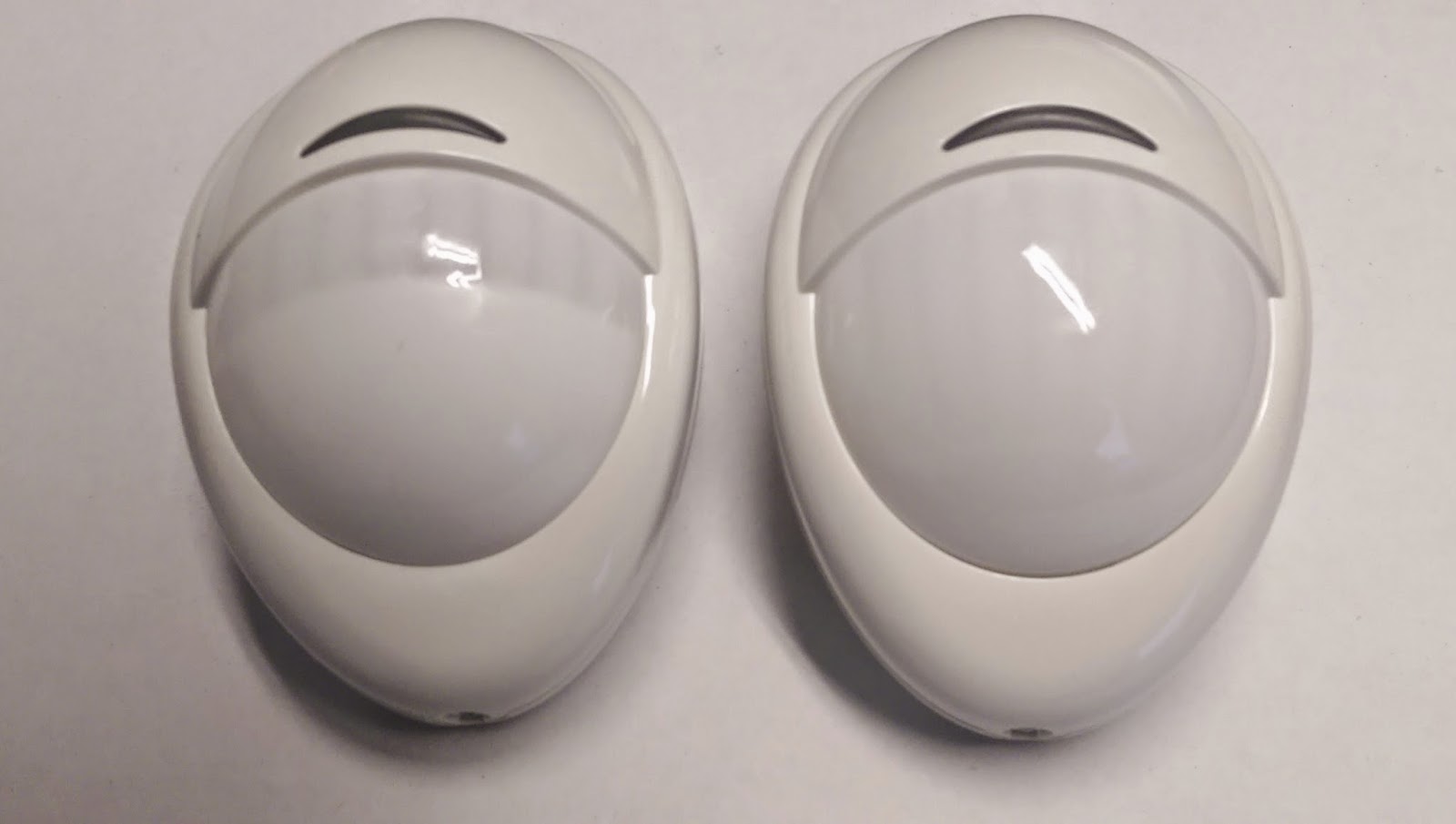 The upshot of this is that the PIR detector must be fitted at the correct height.  Also note that it will detect an animal climbing open stairs or say getting onto that comfy settee when you are out.

Climbing cats are also likely to cause problems.  So use with caution.

Have you had good or bad experiences with these - then let us know.
Posted by Lee at 04:15

Lee
I am the founder (2003) and owner of Sapphire Alarms (www.diy-alarms.co.uk). I have been involved in the Burglar Alarm industry on and off since 1982 when I successfully built an Alarm Installation Company which fitted many thousands of alarms systems. My original vocation was as a Research Chemist, but, for those that remember the recession in the early 80s, I was inevitably made redundant. I have a BSc in Chemistry I also forged a successful career as a Technical Author.